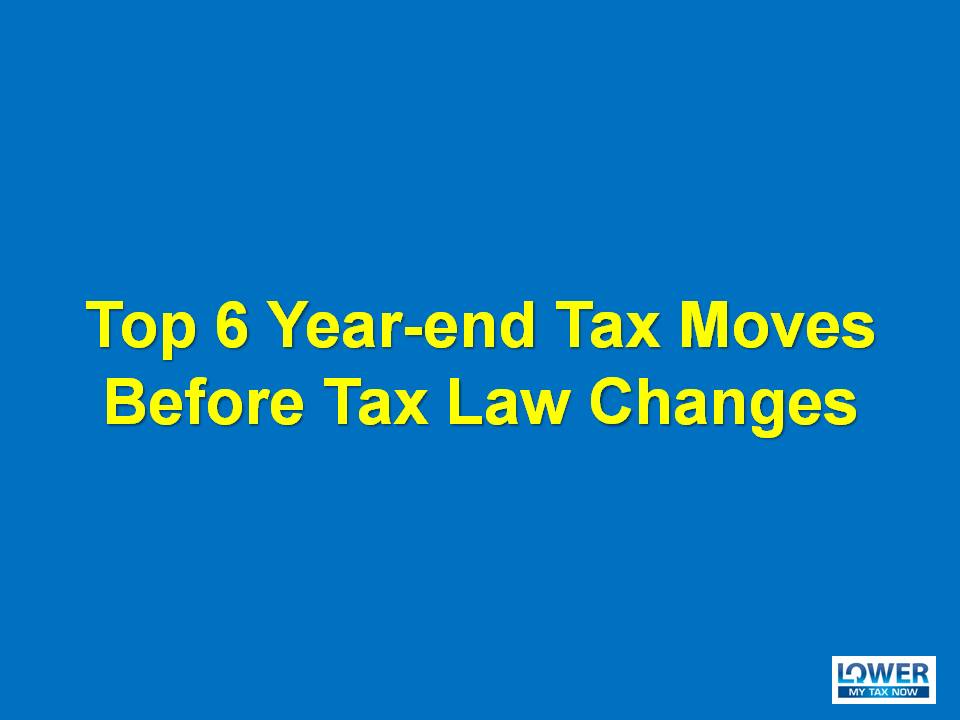 Are you following the most recent tax proposal development? If not, no worries – I will give you the most up-to-date development.

Both the House bill and the Senate measure calls for the elimination of most itemized deductions (that is Form 1040 Schedule A Itemized deductions). And in case they finalized the tax proposal this month, it won’t take effect until the 2018 tax year. However, we still need to plan since it could affect some of your 2017 year-end tax moves.

Here are six itemized deduction-related moves that you need to do now:

So those are the six itemized deduction-related moves that you need to do now in order to maximize your deductions this year before the tax law changes.