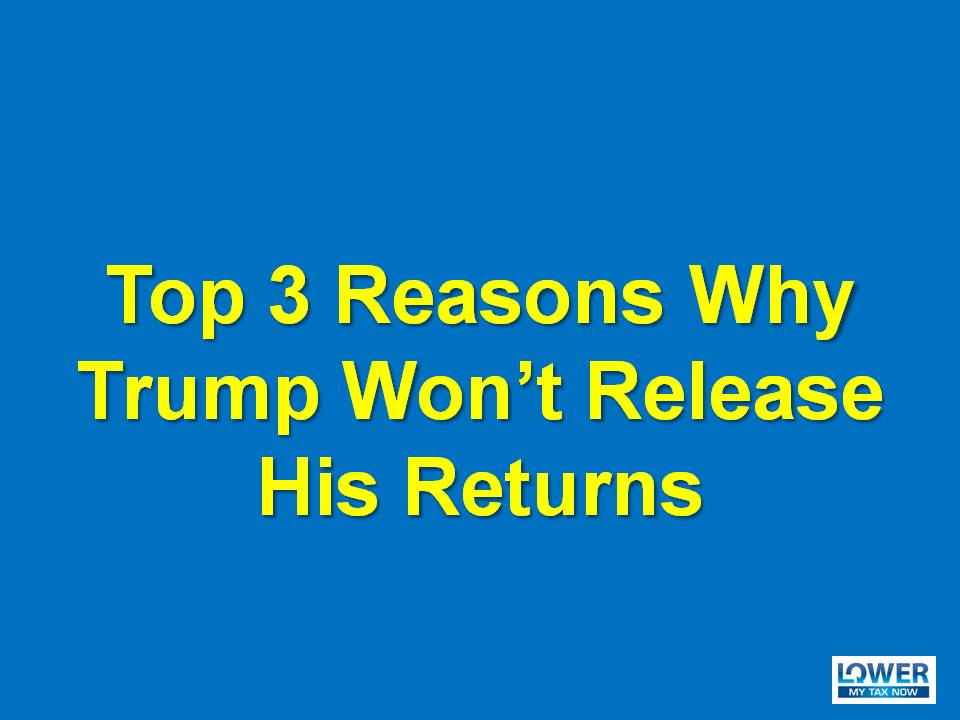 He reported a billion dollar loss in the 1990s that could have offset all his income for up to 18 years. Being a real estate investor, it gave him the opportunity to apply powerful tax breaks such as depreciation and like-kind exchanges so he can delay, minimize or zero out his taxes. He proudly declared that not paying taxes makes him smart.

With more than 500 businesses according to his financial disclosure form, it will be hard to zero in if there is a conflict of interest in regards to his own financial interest versus the nation’s’ interest without reviewing his tax returns and the supporting documentations. Trump’s tax returns might reveal how much he owes to foreign investors like Russia — and how much his connection undermines American national interests.

In reviewing his proposed tax plan, you would start to wonder, how much will he personally benefit? There are three parts of his tax plan that would be a financial windfall for Trump. Here goes:

a. Eliminate alternative minimum tax (AMT) – this prevents rich people from taking advantage of excessive tax breaks. Without the AMT, Trump would have paid just a 3% tax rate in 2005, instead he paid $31 million in AMT taxes.
b. Business tax rate will drop from 35% to 15%. This is called the “Trump Loophole” since he will save millions of dollars annually from his 500+ business entities.
c. Eliminate estate tax permanently – that means his family and heirs will be billion dollars richer if the estate tax is eliminated.

There you have it. Those are the top three reasons why I think President Trump would not release his tax returns.