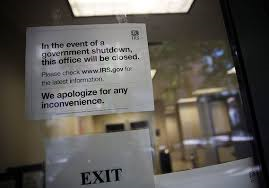 The Internal Revenue Service has announced a delay of approximately one to two weeks to the start of the 2014 filing season due to the 16-day federal government shutdown.

The government closure came during the peak period for preparing IRS systems for the 2014 filing season. Updating these core systems is a complex, year-round process with the majority of the work beginning in the fall of each year.

There are additional training, programming, and testing demands on the IRS this year as the agency works to prevent refund fraud and identity theft.

The IRS is exploring options to shorten the delay and will announce a final decision on the start of the 2014 filing season in December.